[New York Times]
ARMY OF THE NIGHT
The Gang that Wouldn't Write Straight by Marc Weingarten, Crown, 336 pp, US $24 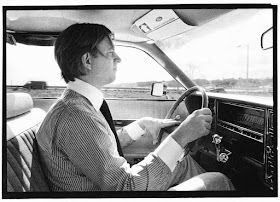 In olden days, the Hearsts and the Pulitzers could deploy vast armies of shabby, anonymous reporters to find or invent whatever stories they pleased. We should not be surprised that we so easily recall the names of these dusty American lords and barons; we have always paid special attention to the wealthy and powerful among us. What is surprising is that at some point we began to remember the names of the reporters themselves: Jimmy Breslin, Joan Didion, Gay Talese, Hunter S. Thompson, Tom Wolfe - an ever-expanding roster of vivid personalities. Wolfe branded them the “new journalists” in 1972, and so they remain today.

Marc Weingarten presents his group biography of these writers (and a few editors) as the tale of “the last great good time of American journalism,” a discrete “golden era” in which the best reporters “burned with a Promethean flame.” The reading public was first made aware of this new development, Weingarten writes, when Wolfe Oedipally confronted the New Yorker in a 1965 feature - “Tiny Mummies! The True Story of the Ruler of 43rd Street’s Land of the Walking Dead!” - for a supplement to the New York Herald Tribune edited by Clay Felker, an extraordinarily ambitious editor whose previous achievements included being fired from Esquire. The golden era came to an end in 1977, when that supplement - by then spun off into a stand-alone weekly called New York magazine - was sold to Rupert Murdoch, who remains an almost cartoonishly vivid throwback to the celebrity media barons of old. In between, Weingarten proposes in The Gang That Wouldn’t Write Straight, a generation of journalists became “literary rock stars, their bylines familiar to most, their lectures standing-room-only sellouts in universities across the country.” 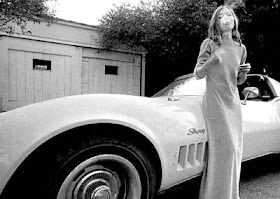 The story is romantic: Truman Capote, lost in Kansas, charming the locals and “inventing” the “nonfiction novel” (for the New Yorker!); Felker and Breslin unpacking their cardboard boxes at the new headquarters of New York magazine, the right to the name of which was Felker’s severance pay from the Herald Tribune; Wolfe sending his raw notes to Esquire, crazy punctuation and all, and his editor suddenly getting it (“I read it and thought, ‘Well, this is something new’ ”); Norman Mailer publishing almost an entire book - what would become The Armies of the Night - in a single issue of Harper’s Magazine; Esquire using that stark cover line for John Sack’s story of a Vietnam incursion gone wrong: “ ‘OH MY GOD - WE HIT A LITTLE GIRL.’ ”

This was very good writing and editing, but to call the work of these talented, disparate writers and editors “the greatest literary movement since the American fiction renaissance of the 1920’s,” as Weingarten does, seems hyperbolic. Not just because attaching claims of literary merit to newspaper and magazine articles invites pretension, but also because these writers had so little in common. Indeed, Weingarten is quick to admit that their efforts did not constitute a coherent social or aesthetic movement “in the Kerouac-Ginsberg-Corso sense or in the Abstract Expressionist sense” and that there was nothing especially innovative about the writing itself, which borrowed from a bag of tricks stuffed over the years by everyone from Defoe to Flaubert to Orwell to Liebling. Weingarten cites the quality of the work, which is undeniable. But this, too, is an unconvincing basis for naming a trend. Good newspaper and magazine reporting began before 1965, and it continues (believe it or not) even up to this day.

The new journalists were like any good reporters: they were interested in interesting things; they asked awkward questions and went odd places. They took the acid, they got stomped by the Hell’s Angels, they ran through the jungles of Vietnam. Although Thompson and Wolfe in particular are best known for their obscuring stylishness - the odd punctuation and hallucinogenic fantasies - it is their lucid prose that startled readers then and will continue to startle readers well into the future. “The only thing new and unusual about Wolfe’s journalism,” Thompson said, “is that he’s an abnormally good reporter; he has a fine sense of echo and at least a peripheral understanding of what John Keats was talking about when he said that thing about Truth & Beauty.” 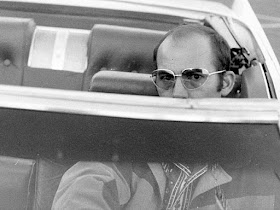 What was best about what the new journalists did was not new. And what was worst - the celebrity promotion on the parts of their editors, the trend-fetishism, the forced archetyping and false mythologizing - was not journalism. Wolfe, for his part, may have captured the most significant change to his profession in noting that when “The Electric Kool-Aid Acid Test” was published in 1968, he “didn’t have enough money to be a celebrity.” Reporters still must count all their pennies, but the celebrity comes cheaper every year. If you want to know if this is good news, you need only say quickly - without thinking - the names of the first three reporters who come to mind.

Weingarten, a thoughtful biographer, is a freelance reporter, and he has usefully gathered much of the recent lore of the profession. But the arbitrary grouping of such desperately individual souls as Hunter Thompson and Joan Didion is a surrender to the sort of trend-mongering that has come to define modern reporting. It is more evidence of the flattening lure of celebrity that in processing the singular lives of our best reporters, Weingarten also, in this instance, falls prey to the worst of their collective influence. ■