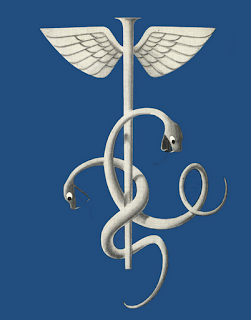 On July 20, George Bush signed an executive order that clarified certain aspects of what his administration has come to call “enhanced interrogation techniques.” It was an extraordinarily detailed document that reaffirmed the president’s claim that “members of Al Qaeda, the Taliban, and associated forces” were “unlawful enemy combatants” and therefore were “not entitled to the protections that the Third Geneva Convention provides to prisoners of war.” It then outlined several protections unlawful combatants nonetheless would be privileged to enjoy. The order required, for instance, that that the interrogations not involve “forcing the individual to perform sexual acts or to pose sexually, threatening the individual with sexual mutilation, or using the individual as a human shield” and further stipulated that those being interrogated must “receive the basic necessities of life, including adequate food and water, shelter from the elements, necessary clothing, protection from extremes of heat and cold, and essential medical care.” It notes as well that subjects must be interrogated “without adverse distinction as to their race, color, religion or faith, sex, birth, or wealth.”

Who could argue? All of this detail may seem an uncharacteristic bout of self-restraint from an administration reluctant to admit any limits to its power, but it actually has two functions entirely unrelated to protecting the health or dignity of our imprisoned combatants. The first, as Scott Horton notes, is to normalize all of the techniques not mentioned—in essence claiming that all that is not forbidden is permitted. Water boarding, for instance, is mentioned nowhere within the text of the order. (The legal term is inclusio unius est exclusio alterius, “the inclusion of one is the exclusion of another.”) The second is to introduce the presumed institutional ethical weight of the medical profession.

Two weeks ago, Michael McConnell, the director of national intelligence, appeared on Meet the Press and confirmed the two-pronged strategy. He was clear about what was forbidden—but perfectly unclear about what was permitted. In particular, he would neither confirm nor deny whether water boarding was permissible. “If I announce what the specific measures are,” he said, “it would aid those who want to resist those measures.” (He did allow, however, that he “would not want a U.S. citizen to go through the process,” whatever it was.)

That was step one. Step two was to claim that these unnamed and unnameable techniques had in fact been approved by unnamed and unnameable medical professionals. “When I was in a situation where I had to sign off,” he said, “I sat down with those who had been trained to do it, the doctors who monitor it, understanding that no one is subjected to torture.” Moreover, he added, all of the interrogations are performed “under medical supervision.” The executive order itself is explicit that the “interrogation practices” must be determined to be “safe for use with each detainee,” and that such determination is to be “based upon professional advice” and that, just to be perfectly clear, there must be “effective monitoring of the program, including with respect to medical matters, to ensure the safety of those in the program.”

The administration was selling its measures like chewing gum. Four out of five doctors agree, so to speak, that enhanced interrogation is ethical. This did not strike me as plausible. In particular, McConnell had suggested on Meet the Press that suspects under interrogation are given to believe that further interrogation techniques might involve torture, and “because they believe these techniques might involve torture and they don’t understand them, they tend to speak to us, talk to us in very—a very candid way.” This conflicts with a long-established AMA guideline that forbids physicians to be “present when torture is used or threatened.” If physicians were present at interrogations that involved convincing subjects they were about to be tortured, they would of course be in clear violation of those guidelines.

I called McConnell’s office to find out more, but his spokesman, Vanee Vines, told me the director had no further comment on the matter. In a follow-up e-mail I asked her if she could direct me to the physicians involved in McConnell’s conversations about the propriety of the techniques, or tell me what the physicians said that reassured McConnell, or if it was the policy of the administration to require the presence of medical doctors at interrogation sessions. Vines responded as follows: “I can’t elaborate on what the director said on Meet the Press. As I said earlier, the transcript speaks for itself.”

I also called AMA spokesman Robert Mills to see if the organization would be investigating McConnell’s claims. His response was a bit surprising. He suggested that perhaps McConnell had meant psychologists. Psychologists do not have medical degrees, of course, and like all other people without medical degrees, they are barred from practicing medicine in the United States. Mills’s point, though, seemed to be that psychologists, unlike physicians, have a long history of involvement with enhanced interrogation. This was true and was reported in depth in 2005 by Jane Mayer in The New Yorker. Mills was also kind enough to send me a link to a more recent report on the subject by Katherine Eban in Vanity Fair.

Mills’s concern was fine as far is it went. But I found myself in the odd position of reminding a spokesman for the American Medical Association that psychologists are not doctors. McConnell had specifically said “doctors.” Was this really the sort of ambiguity that the AMA wanted to endorse? Shortly thereafter, I received this follow-up via e-mail: “The feds commonly refer to psychologists as doctors. Psychiatrists and other M.D.s are referred to as physicians. Medical supervision is a vague term that could refer psychologist, nurse, corpsman, podiatrist or any of hundreds allied health professionals.”

The AMA seemed not to want to comment any further on the matter. Indeed, Mills concluded with this: “To avoid any speculation, the AMA needs absolute assurances that your sources are referring to physician oversight and participation in the interrogation process.” My sources!

I called the American Psychological Association and asked for a clarification of their policy. Stephen Behnke, the APA’s director of ethics wrote back immediately and clarified two points, first that psychologists “do not provide ‘medical’ supervision” and second that the APA “strictly forbids the presence of a psychologist at an interrogation in which the subject is tortured or is threatened with torture.” He would not comment on sanctions, however.

I called Mills again, read him Behnke’s note and reiterated the query.


1. AMA guidelines forbids physicians to be “present when torture is used or threatened.”

2. The director of nation intelligence said, on national television, that as a matter of policy doctors are present at sessions that involve the threat of torture.

3. Will the AMA investigate or sanction those doctors?

Mills said he was working on a statement and that he would have to get the approval of the board of trustees before he addressed these questions. Finally, Monday, he sent me this statement from Edward Langston, the doctor who chairs that board:


Since the questions of detainee abuse first surfaced, AMA leaders have met on several occasions with high-ranking officials at the United States Department of Defense (DoD) to advocate for the treatment of detainees that is consistent with AMA ethics policy. Representatives from the AMA have also visited the detention facilities at Guantánamo. These visits provided an opportunity for the AMA to tour the facilities, but our access was limited and at no time did we have a chance to speak with the detainees. Due to the limits placed on the AMA, we are unable to determine with any certainty if ethical policies prohibiting physician involvement in torture are being adhered to by the DoD. The AMA will continue to monitor the situation and advocate for treatment of all detainees in U.S. custody to be in accordance with our AMA Code of Medical Ethics and the medical provisions of the Geneva Conventions.

In other words, nothing.

One of the great insights of the founding fathers is that a single institution can easily be corrupted, but a great many institutions in opposition to each other may better achieve justice. The administration has failed in its treatment of prisoners, and the Congress has failed to check the administration, as have the courts. Doctors could protest, but thus far they have not. The founders were apparently wrong. ■